skip to main | skip to sidebar

The Trinity in Iraq

A professor recently asked our class "How would Clausewitz assess the President's surge strategy in the context of the current political situation in both the United States and Iraq?" My response is below. He called me on not mentioning Congress in my consideration of the government (Rightfully so! There is a lot to be said for the idea that Congress was notably absent in the run-up to the invasion and in any meaningful attempts to influence events in the past five years):


The interplay of government, military, and people which forms Clausewitz’s remarkable trinity has been out of balance in Operation Iraqi Freedom (OIF), both in regards to the United States and Iraq. The surge strategy is an attempt to bring the components of the trinity back into balance; however the adoption of the surge after three years of counterinsurgency operations in Iraq may prove too late to rally American support for the war while simultaneously not sustainable to allow the Iraqi government to establish the mechanisms of state and become fully functioning. Clausewitz’s “remarkable trinity” of passion/violence, chance and reason are embodied by a nation’s people, its army and government. According to Clausewitz scholar Christopher Bassford, there is no fixed relationship between the elements of the trinity, but the dynamic established between them influences the conduct of a given conflict. Harry Summers, a strategist heavily influenced by Clausewitzian ideas believes that a nation must establish harmony between all three components of the trinity if it is to achieve victory in war, as the people, military and government must support a unified strategy. The United States has been unable to achieve this harmony in regards to operations in Iraq since the success of the initial invasion. By examining each element of the trinity in turn, it can be seen that the surge strategy is insufficient to redress this lack of balance.

The Bush administration invaded Iraq in 2003, having made the case to the American people that Saddam Hussein represented an imminent danger to the United States through a program of weapons of mass destruction and sponsorship of terrorism. At that time, his actions won the approval of the majority of the American people, with 56% of those polled favoring the removal of Saddam Hussein. (1) Five years later, with United States forces still engaged in Iraq, the majority of Americans favor withdrawal from Iraq, regardless of the state of the security situation. (2) Although American public opinion regarding the efficacy of the surge has risen between July of 2007 and February of 2008, the majority of Americans still believe that going to war in Iraq was a mistake. (3) Over the same time period, the majority of Iraqis surveyed expressed doubts about the ability of the surge strategy to improve the security situation in Iraq. (4) From these statistics, one can conclude that the will of the people is not reflected in the surge strategy, and neither the United States nor Iraqi populations support the strategy.

By definition, the term surge implies rising and falling. The addition of 30,000 American troops to the forces deployed to Iraq was designed as a temporary measure to increase local security and allow the Iraqi government an opportunity to stabilize and focus on improving the quality of life for the Iraqi population. While the surge has achieved success in improving the security environment (5), it is doubtful that these improvements can be sustained by an Army described as “just about broken” by former Chairman of the Joint Chiefs and Secretary of State Colin Powell (6) At some point, the American Army will need to hand-off security functions to Iraqi Army and Iraqi Police organizations, which do not possess the same capabilities as American forces. (7) While clearly capable of achieving short term success, American and Iraqi forces may not be able to sustain the level of security required for the Iraqi government to effectively protect and provide opportunities for its citizens.

For the Bush administration, the surge strategy should have been adopted much earlier than four years into the war. Prior to the invasion, the American government did not anticipate a long occupation of Iraq, nor did it believe that operations in Iraq would place such a large burden on American ground forces. The much publicized “revolt of the generals” revealed the extent to which false assumptions dominated invasion planning. (8) Had a more detailed and realistic analysis of post-conflict operations been the basis for operations, a strategy similar to the current surge might have been put in place sooner, the will of the people and strength of the military would still have been available to the administration. Similarly, the delay in stabilizing the security situation left many Iraqis, regardless of ethnicity, doubtful of the ability of the Iraqi government to provide for their needs. (8)

The American and Iraqi trinities are currently out of balance, due to the prolonged conflict in Iraq. While the surge strategy addresses the security situation, the will of the people and capability of both American and Iraqi Army forces have been squandered during five years of conflict. A surge strategy enacted earlier may have set the conditions for long term stability in Iraq, but now it may be a case of too little, too late.

Work and school have taken a good deal of time, but I've been working hard on Clausewitz as well. My research has been almost 100% in support of school.

A professor asked his students in one of my courses whether Clausewitz's theories applied to asymmetric warfare. Below are my thoughts on the question:

I am an adherent of Christopher Bassford’s statement that “Clausewitz was a practical soldier and he intended his work to serve as a practical approach to real world complexities”. (1) Bassford, professor of strategy at the Army War College, takes issue with the notion that the style of warfare such as that faced by the United States today in Iraq and Afghanistan represents some form of “non-Clausewitzan” warfare. (2) He believes Clausewitz’s work, especially his concept of the Trinity, serves a framework for thinking about war that transcends concepts of conflict between nation states and provides the means for examining war in all its forms.

Clausewitz described a society’s war making capability as residing in the intersection of the elements of a “remarkable trinity” of passion/violence, chance and reason. Bassford writes that the Trinity, while arguably not the central concept of “On War”, is the concept that ties all of Clausewitz’s many ideas together and binds them into a meaningful whole.” (3) It establishes the dynamic interplay of violence, chance and reason that comprises war, while not prescribing a fixed relationship between the elements. (4)

American Army Colonel Harry G. Summers used Clausewitzian theory in his analyses on the United States’ involvement in Vietnam and the First Gulf War. In his writings on strategy, he embraced the idea that the components of the trinity (as described in Book VIII of “On War”) (5) were embodied by a nation’s people, its army and the leaders that governed them. Summers specifically emphasized that when the three components of the remarkable trinity were in harmony, a nation stood a better chance of achieving strategic success than a nation that went to war with an imbalance between the three.(6)

Anti-Clausewitzian writers such as Martin van Creveld make the case that the Trinity no longer has bearing on the conduct of war due to the decline in “traditional” state vs state warfare relative to the ascendancy of trans-national, non-governmental threats such as Al Qaeda. Their justification for this claim is the state-centric model of the trinity employed by Summers. (7) K.M. French writes that any form of warfare that does not involve two opposing states “is else entirely, that is, non-Trinitarian warfare.” Army War College professor Antulio J. Echevarria demonstrates however, that the people/army/state construction of the Trinity is simply one subjective model, and that the concept of the Trinity as violence, chance and reason is a more objective, and hence more widely applicable, tool with which to analyze war. The people are ”populations of any society or culture”, not just the discrete body of people residing within defined borders, an army is “a warring body from any period”, and a state or government is “any ‘personified intelligence’”. (8) Applying this more objective model of the Trinity to the Global War on Terror, one can see the in the words and actions of Al Qaeda’s Islamic “constituencies”, operational cells, and trans-national leadership the interplay passion, chance and logic that one can apply to the population of the United States, its military, and its elected leadership. (8) Hence, warfare that adherents of Van Creveld would identify as non-Trinitarian can still be examined through Clausewitzian theory.

Getting down to business...

"This image is copyrighted and reproduced with the permission of Clausewitz.com".

“No one starts a war--or rather, no one in his senses ought to do so--without first being clear in his mind what he intends to achieve by that war and how he intends to conduct it.” - Carl von Clausewitz
I've been away from this blog for a long while. The fall ushered a series of unpleasant anniversaries, which in turn led me to stay away from posting. I imagine I will be avoiding personal posts for some time.
I am embarking on a self directed study of Clausewitz and his applicability to current strategic thought. I've been exposed to his work before in college, through the Army, and in some post-grad work; however I want to complete a systematic study of On War, as well as some of the current literature on Clausewitz's work. I intend to use Let's Go as a repository for my thinking as a conduct my reading and research. Stay tuned...

What Muppet are you?

You are Sam the Eagle.You are patriotic and devoted. And extremely anal.HOBBIES:Patriotism, Being appalled at what everyone else is doing. FAVORITE MUSIC:The National Anthem of America FAVORITE MOVIE:"An American In....America" LAST BOOK READ:"Men are from Mars, Women are from Venus, Eagles are from America" QUOTE:"Please stop that now! It's un-American!"
Take this quiz!

What a rotten day that turned out to be... 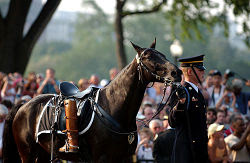 Tomorrow marks the second anniversary of the death of my Uncle David. He played many roles in my life: Godfather to my son and to me, mentor in my career, role model. The night I learned that he had died I felt rudderless. I had relied on his advice and counsel for so long I could not fathom not having him around to keep me on azimuth. My aunt Vivian gave me some advice that helped though. She said that although he was no longer with us in this world, he had provided such strong guidance and a great example for so long that I would have a good idea of what decisions he would support when faced with a problem. This has proved true in large measure, but it's cold comfort nonetheless. You gave us more than we can ever repay Sir. We love and miss you. A lot.
Posted by Ben at 10:31 PM No comments:

Dedicated to the memory of David G. Taylor 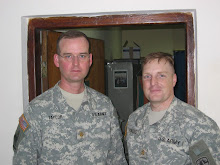 Ben
I am married to a woman whose character is a daily inspiration, with whom I have four great kids. I've been called loyal, hard-working, and sincere. I've also been called sharp-tounged, stubborn and self-centered. I've traveled enough to appreciate home, but nowhere near enough to be a "man of the world".